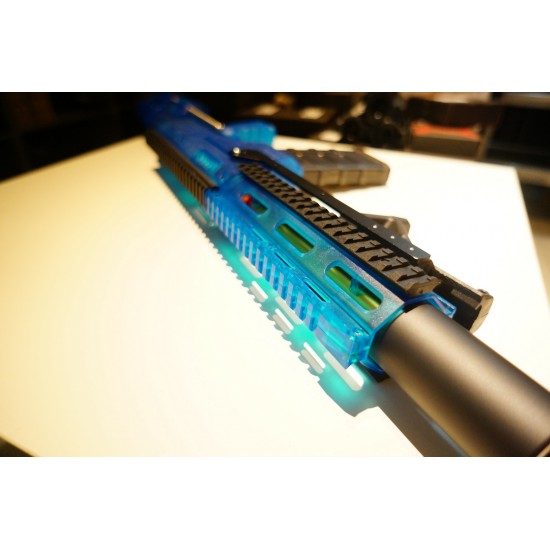 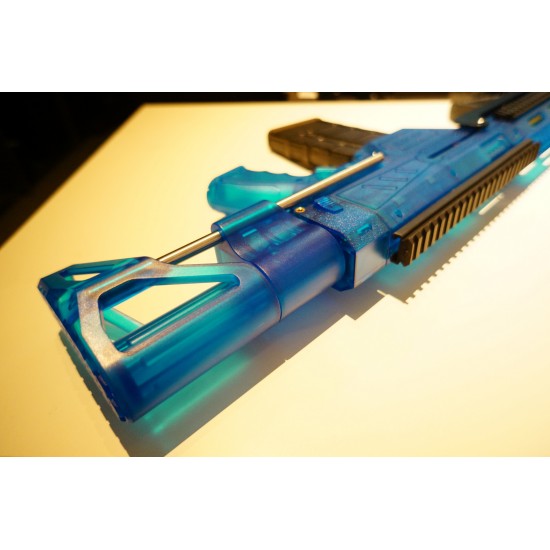 You are purchasing parts as a complete blaster package to build the entire blaster. We WILL NOT build this blaster for you. Please take ntoe that you will need to drill or apply double sided tape to install the top rail(drill is recommended). We will not drill the screw port for the top rail for you,

Bored of Prophecy-R with MCX bulky and heavy build? This compact PDW honeybadger build offers a smaller and slimmer form factor while maintaining the same performance. Throwing those extra weight away, this build is much lighter which allow you to move quicker in your game. Packed with the same internal as the MCX build, it delivers over 200 FPS and definitely, it's a beast within a small sleek looking shell. Pair it up with a collapse stock so you can tweak it for CQB or extend it when you need better support for a long range shot.

You can also pick your own color combination to build your very own unique honeybadger. The front barrel comes in white, elite blue and black.

With shell trimmed to fit the expanded plunger tube and the longer spring, it's performing like a 12-14KG longshot in terms of raw performance. Also 2 extra screw are added on the buttstock area to further reinforce the buttstock.